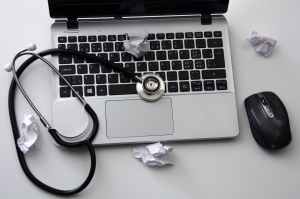 Initial Impact on Allscripts’ Clients. The EPCS reportedly was restored on Saturday, January 20, 2018. The EHR system reportedly continued to be adversely affected through at least Monday, January 22, 2018, with some providers still reporting log-in issues through Wednesday, January 24, 2018. Allscripts held a conference call with providers in which it advised providers that they may continue to experience usage interruptions with the cloud-based products until Allscripts completed a roll-out of security updates. During down times, Allscripts urged providers to use the Allscripts mobile solution (only available on the iPhone) to view medical histories and schedules but acknowledged that providers would be unable to END_OF_DOCUMENT_TOKEN_TO_BE_REPLACED