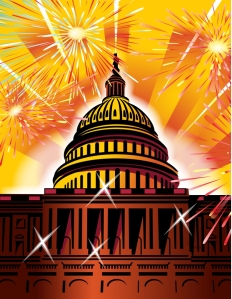 The U.S. Department of Health and Human Services (HHS) Office for Civil Rights (OCR) has issued two reports to Congress required by Section 13402(i) of the Health Information Technology for Economic and Clinical Health (HITECH) Act:

–“Annual Report to Congress on Breaches of Unsecured Protected Health Information For Calendar Years 2011 and 2012” (the Breach Report); and

–“Annual Report to Congress on HIPAA Privacy, Security, and Breach Notification Rule Compliance For Calendar Years 2011 and 2012” (the Compliance Report).

Both of OCR’s reports (as well as previous annual reports) may be accessed here. This post discusses the Compliance Report. We summarized the Breach Report in a separate post entitled “Federal Government Report on Data Breaches in Health Care.”

Private physician practices were the most frequent offenders. Of the 27,466 complaints eligible for investigation, OCR resolved 18,559 of these by requiring the entity to take corrective actions and/or OCR provided technical assistance to the entity to address any indication of noncompliance with the HIPAA Privacy Rule.  OCR noted that the most common types of entities it required to take corrective actions, in order of frequency, were:

Resolution Agreements, Civil Monetary Penalties & Investigative Subpoenas. In addition to the cumulative data, the Compliance Report provides a more focused look at the number of complaints and their resolution for the calendar years 2011 and 2012. It also provides information for those two years regarding what OCR considers “significant activities,” such as Resolution Agreements and civil monetary penalties (CMPs). OCR entered into seven Resolution Agreements in 2011 and 2012, and details of those agreements are included in the Report. A significant complaint involving Cignet Health of Prince George’s County, Maryland (Cignet) resulted in the imposition of CMPs. OCR considered Cignet’s behavior to be “egregious” and imposed a $4.3 million CMP because Cignet repeatedly refused to provide medical records to patients upon the patient’s request and then, later, upon OCR’s demand, subpoena and finally a court order. OCR observes that while these eight significant cases represent “a very small fraction of the complaints and compliance reviews through which OCR investigates compliance with the HIPAA Rules, this is double the number of high-impact cases that OCR resolved through Resolution Agreements and corrective action plans from 2008 to 2010.”

OCR issued only one investigative subpoena during this two-year period covered by the report to a social networking website as part of its investigation into a complaint alleging that a doctor impermissibly posted a patient’s photograph and other PHI on the website. The website supplied the subpoenaed information, and OCR found “there was insufficient evidence to support the complaint.”

Audits. The Compliance Report also provides information about the number of audits performed and a summary of the audit findings. All entities and their business associates that are subject to HIPAA should examine these audit findings carefully.  As noted by OCR in its Report, “[a]udits present a new opportunity to examine mechanisms for compliance, identify best practices, and discover risks and vulnerabilities that may not have come to light through OCR’s ongoing complaint investigations and compliance reviews.”

Conclusion: OCR to “work smarter” in the midst of rising complaints. The Compliance Report concludes with OCR’s plan to “work smarter” to improve compliance with and enforcement of HIPAA for the following year. This will particularly important if OCR’s prediction that resources to investigate complaints will remain limited while the number of complaints will continue to rise. OCR plans to limit investigations to “cases that present compliance issues that are pervasive in the health care industry or other serious allegations and to engage the covered entities and business associates in these cases to reach meaningful resolution.”