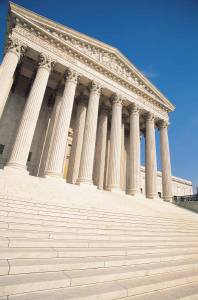 On May 13, 2010, the United States District Court for the Southern District of New York rejected the privacy challenge to the Health Information Technology for Economic and Clinical Health Act (HITECH Act) asserted by Beatrice M. Heghmann, a registered nurse, and Robert A. Heghmann, her husband and attorney, against Kathleen Sebelius, Secretary of the Health & Human Services (HHS), Nancy-Ann DeParle, Director, White House Office of Health Reform, and Charlene Frizzera, Administrator, Centers For Medicare and Medicaid Services (CMS).  The Plaintiffs alleged that HITECH violates the HIPAA Privacy Rule, the Privacy Act, and Federal Common Law.

The primary allegation in the Plaintiffs’ lawsuit, filed in June 2009, was that the HITECH Act, which was passed as part of the American Recovery and Reinvestment Act of 2009 (ARRA), designed a system of health information exchange that would result in federal government supervision of health care information of people who are currently enrolled in private insurance. The Plaintiffs claimed that their personal health information would be released to HHS without their consent and in violation of the Health Insurance Portability and Accountability Act of 1996 (HIPAA).

The Federal court held that the Plaintiffs failed to demonstrate an actual injury that would give them standing to pursue these claims. The Plaintiffs did not demonstrate that they personally suffered an actual or threatened injury as a result of the putatively illegal conduct.  Further, they failed to demonstrate that they had sustained or were in immediate danger of sustaining direct injury as opposed to a conjectural or hypothetical injury. The court also held that the Plaintiffs’ standing as taxpayers did not automatically confer upon them a right to bring this challenge. The court found that Plaintiffs’ other claims, including their allegation that the HITECH’s provision establishing a Federal Coordinating Council for Comparative Effectiveness Research would result in unlawful rationing of care, similarly lacked standing or were speculative in nature.