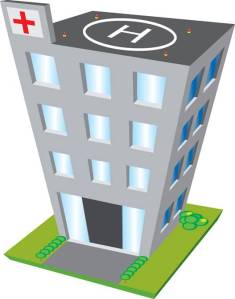 Update: The text of HR 6072 is now available on the Library of Congress webpage here.

On Friday, July 30, 2010, Rep. Zack Space (D-OH) and several other representatives, introduced HR 6072, the Electronic Health Record Incentives for Multi-Campus Hospitals Act of 2010 (Multi-campus Hospital Act).  If passed, this Act would reduce the disparity in payment of electronic health record (EHR) incentives between multi-hospital systems that file a Medicare cost report for the entire system under one CMS Certification Number (CCN) and systems that file a Medicare cost report for each hospital in the system with a separate CCN. A multi-hospital system in the latter group, under the current CMS Final Rule for Meaningful Use (MU), would receive, in the aggregate, a proportionately larger EHR incentive amount than a system in the first group.

The Fact Sheet for the proposed legislation states:

The bill will clarify that hospitals with multiple campuses should receive larger incentives that reflect their incremental costs incurred in installing, operating, and using certified electronic health records, and training staff at multiple campuses. The bill provides funds in a way that balances the needs of larger and smaller multi-campus hospital systems.

The proposed Multi-campus Hospital Act requires EHR incentive payments under both Medicare and Medicaid to go to each campus in a multi-hospital system consisting of a “main provider hospital” and one or more “remote location hospitals.”  The Act does not merely apply the current MU calculation to each hospital location, however.  Instead, multi-campus hospital systems would choose between one of two incentive payment options:

The base payment for an “eligible hospital” under the current MU Final Rule (which would be the only base payment for an entire system filing one cost report) is $2 million.  The “per discharge” payment for an “eligible hospital” under the current Rule is $200 for every discharge between 1,150 and 23,000 multiplied by a “Medicare share” and a “transition factor.”  It’s not clear yet whether these base amounts and calculations will remain the same or be changed in some way under the proposed Act.  An article on iHealthBeat indicates that the Act would eliminate the provision in the MU Final Rule that identifies multicampus hospitals as single hospitals, in which case all multi-campus hospital systems would have to choose between the above two options. The text of the Bill had not been published to the Thomas Library of Congress webpage as of this writing.

Finally, the proposed Act would require the “main provider hospital” in a multi-hospital system that opts for multi-campus incentives to attest that remote locations are meaningful users of EHR and meet other Medicare and Medicaid incentive payment requirements.

The American Hospital Association (AHA) issued a letter, simultaneous with introduction of the legislation, demonstrating its support of the measure, stating, “This bill would ensure that payments would be available to all hospitals in a multi-campus system, and that these hospitals could choose the calculation that would best meet the needs of their institutions and communities, either through additional base payments or additional per discharge amounts.”  Rep. Pete Stark (D-CA), Chair of the Ways and Means Health Subcommittee, Rep. Frank Pallone, Jr. (D-NJ), and Rep. Michael Burgess (D-TX), joined in with  Rep. Space to introduce the Bill.